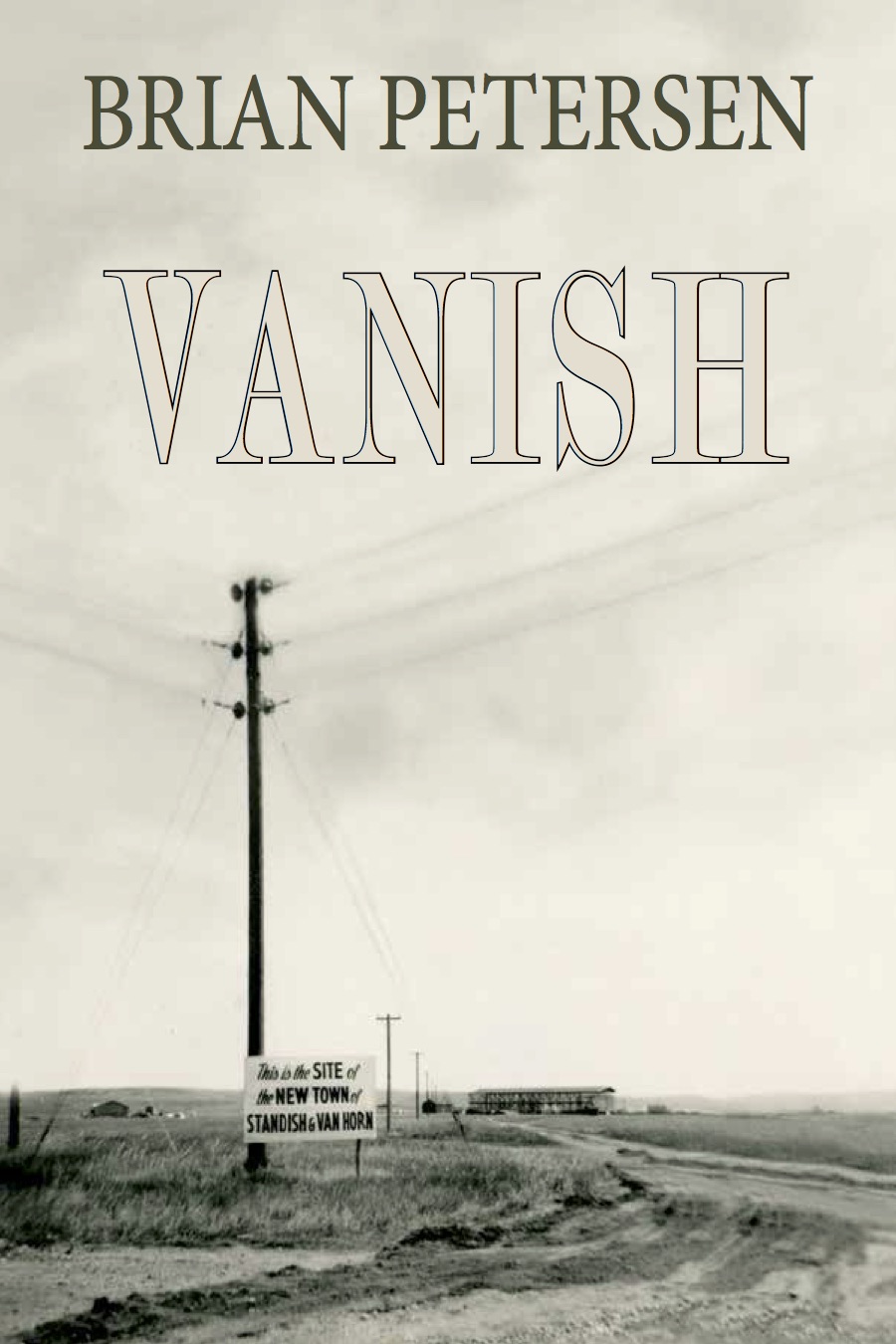 The town came to be in the early 50s, during the heyday of the U.S. Army Corps of Engineers’ grand dam-building power-palooza. White and Indian villages and towns (Sanish, Elbowoods, Van Hook, Independence, Shell Creek) were uprooted, as were farms, ranches, outlying homes and businesses, hallowed and historical sites, cemeteries and burial grounds: thousands of residents were simply ordered to pack up and move to dry ground.  Displaced, dispossessed, driven from (by now an old story for the Native Americans living in the fertile Missouri River bottomlands) everything they held dear.

Communities weren’t consulted, weren’t even informed, other than by the latest rumor and dire headline. Fresh off their glories in Europe and Japan, the Army engineers weren’t in a collaborative mood. Once the dam was complete the enormous reservoir, named Lake Sakakawea, would back up the Missouri behind the dam for two hundred miles, flooding four hundred thousand acres, creating some 1,700 miles of shoreline. “The largest reservoir on the continent, second largest in the world,” they boasted back then. There is a notable photograph of George Gillette, chairman of the Three Affiliated Tribes at the time, weeping over his signature on the Garrison Dam agreement. “We will sign this contract with a heavy heart,” he said. “With a few scratches of the pen we will sell the best part of our reservation. The future does not look good to us right now .” There is also a picture of a single rutted trail crossing the forlorn prairie, winding toward a just-raised lumber yard building in the distance, and a slapdash billboard to one side, its weirdly boosterish message seeming half-tragedy, half-insane: “This is the site of the New Town.”

In the early 60s an eight-year-old boy, newly arrived, looked up the dusty main street of the new town, now called New Town, where his father had recently purchased a business. He was watching two men, one Indian, one white, both wearing cowboy hats and boots, wrestling a Hereford steer (the boy thought: brown cow) that had escaped the homemade trailer they were towing with their pickup. The white man threw the steer to the ground; the steer kicked him in the chest. The Indian kicked the steer in the tail; wheeling about, the steer head-butted him to the curb. The white man—his hat was blowing, tumbling toward the boy—lassoed the steer with a short rope. The steer backed and dragged him to the center of the street, where oncoming drivers veered carefully past, shouting advice or ridicule. The Indian and the steer circled each other like sumos as the white man went to the pickup and reached inside. He drew a tire iron from behind the seat and headed toward the pawing steer. The boy bent to catch the skittering hat, then looked up, wide-eyed, thinking: “What hath Pa’d bought?”

The beauty of drifting ashore on this particular spit of land is that all were in the same boat. All were evacuees, all were new here in one sense or another, and each could find a ridge or knob, some scrap of high ground to claim as his or her own. Certainly there were cliques and silly snobs, whites with ties to the old towns who wished to sustain a bitter shop-owner’s verve in the face of shared hardship and a blanket sense of loss. But the castaways kept coming, because new also carried a glow of promise, even there, even in those uncertain days. After all: What else did you have? There were streets to be graded, neighborhoods to plan, homes and businesses to be moved or built, and entire lives, if you were hard-working and lucky, to be renewed. There turned out to be oil under the brown dirt hills which replenished the tide of people and money every thirty or so years. More faces, more changes. Still the brutal irony was that the tribal members, who were of this place, who are native, after all, were regarded and marginalized as the farthest out of the outsiders: as itinerant if not transient, dismissable if not quite disposable.

An eight-year old isn’t aware of any of this on a meaningful level. All he knows is that the Indian children he meets on the playground (the school year hasn’t started yet) ask his name and if he wants to play, that’s about it. No one wants to fight, asks why he’s here or what his parents do. At that age he’s read a few books, his imagination is vivid, and he draws a laugh from his two new friends by suggesting that the dirt area below the hand-to-hand monkey bars is, as he tells them, a “dangerous snake pit”— it turns out the Snake Pit is a notorious bar outside town with a rough crowd, a rough trade and even a captive bear.

This is how the boy’s story begins and proceeds: he stays to the margins, he tries to keep his mouth shut, he sees as he goes. The Snake Pit. The shacks up on Dakota Drive where the Indian kids live. The blithe and fooling times, as the poet said, before a child learns—is taught—that there are things he should know, and be wary of, when it comes befriending this one or that. But his parents are sound and he is able to choose his path, on the playground, and later on the playing fields, where he lines up next to an Eagle, a Sitting Crow, a Yellow Robe, a Lone Bear. Not to mention a Grinnell who carried the same name as the last full-blooded Mandan Indian on the face of the earth.

He laughs with them and learns from them, as he does the descendants of Finns, Norwegians, Germans, Irish and others, there at school, on the streets; later on at work, dragging Main, in the saloons. The oil patch. Years fall away as do some of the lives. A classmate shoots another; a few years later it happens again. Car wrecks are common and spectacular, alcohol is plentiful as oil. One friend rolls his new vehicle driving home from the dealer, a second rides his to the bottom of the lake. Hard ways, hard acts. There are men and places to avoid. Savage beatdowns occur, usually personal and almost never racial, unless your definition comprises all the bloody folly of the human race.

To and fro. College and back. University life is a lark after the earlier hard knocks. He is drawn home—for such it is, now and forever, home-–by the country, by the action, by the people, including the people who call themselves “The People.” He doesn’t stay, can’t stay, his response to the place is that of a suitor who has had his heart broken. An older Indian man says to him, “You people never seem to be where you’re from.” While an older white man (the novelist Cheever: imagine him in the Snake Pit) pointed out, “A writer makes a better traveler than farmer.” When his own stories began they were quite literally shot through by characters and events he’d long remembered: Trending toward barrooms, fistfights and firearms. Waters rising and lives run aground. For all the right reasons an editor once said to him, “What you are writing about here is love.”